If you think your Apple iPod is broken beyond repair, our team at iResQ offers hope. Our skilled technicians offer prompt iPod repair so that you can get back to enjoying your favorite music. No matter what model of iPod you have or what went wrong with it, you can count on us at iResQ to quickly pinpoint the issue and fix it.

Launched over 20 years ago about 9 months after Apple launched iTunes, the iPod Classic provided a sleek interface and design. The first generation of the Classic became available in October 2001. Not only did this initial model play MP3s, but it also functioned as an external storage device for other files. Apple offered six generations of the iPod Classic, and we fix all of them. Some common issues with the Classic include a broken screen, damaged headphone jack, stuck power button and damaged battery door. We guarantee our workmanship on all iPod repair services for every generation of the classic.

The iPod Mini was the first model of iPod available in colors other than white. The first generation offered five colors. The click wheel was also introduced for this smaller version of the original iPod. If your click wheel is stuck or no longer works, our technicians can repair it for you. We also offer screen repair and battery replacement for the petite iPod Minis.

After the Mini was discontinued, the iPod Nano took its place. The Nano offered a color screen for looking at pictures, and it was the first option for a color video iPod. This model also offered up to 1 GB of storage. If your Nano’s storage has failed, our technicians fix the issue. The Nano may also experience issues with the accelerometer used in the shake to shuffle functionality. We’ll repair or replace the accelerometer so that you can enjoy shuffled songs again. If your fifth-generation Nano has an issue with the video camera or FM radio tuner, let us take care of the problem. The sixth-generation Nano was the first model to offer a touchscreen. If you have a broken screen impairing its touch-based response, we’ll repair or replace it. By the seventh generation of the Nano, the Nano added Bluetooth functionality. If yours no longer works, iResQ technicians will repair it.

The slim iPod Shuffle launched in 2005. The first generation of the Shuffle had no screen and used flash memory. The small clips are prone to breaking, and our techs can replace them for you. The shape of the Shuffle and the placement of its controller changed from one generation to the next. If your Shuffle has a problem with the controller or earbud connection, let us take a look and repair it for you as quickly as possible.

Launched in 2007, the iPod Touch was the first model to offer Wi-Fi and a web browser. If yours no longer works, we can reinstall Safari for you. We also repair stuck hold buttons, HD cameras and iSight cameras. If your Touch’s retina display is malfunctioning, we can help. The fifth generation of the Touch included Siri. If Siri isn’t working on your Touch, we’ll solve the problem. The sixth and seventh-generation Touch featured faster processors for better browsing speeds and file access. If your iPod Touch is slower than it used to be, we’re ready to take a look.

One of the most common problems with the Touch, Nano, Mini and Classic iPods is a broken or cracked screen. We offer screen replacement so that you can easily access your files and use the full functionality of your iPod. We also fix glitched screens. No matter whether part of your screen stopped responding to touch or the whole screen is shattered, you can count on us to fix it. We guarantee our screen repair services, and we’ll get your device back to you with a minimal waiting time.

Another common reason people seek iPod repair from our team at iResQ is an unresponsive button. If your home, power or control buttons don’t work anymore, we’ll fix them. We also fix stuck sleep/wake buttons and volume buttons. If your iPod is frozen, stuck on the logo or shows an unhappy iPod icon, bring it to us. We’ll diagnose and resolve the issue in no time. Our team can also help you with files and folders that won’t open, garbled files and syncing problems.

When your cherished iPod stops working, let iResQ come to your aid. Reach out to us today for more information about our trusted iPod repair services. 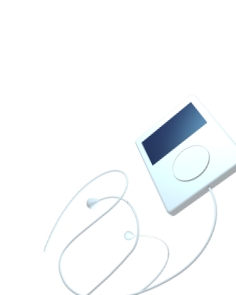 Not sure what's wrong?

If you’re not sure what’s wrong with your device, our experts can help diagnose the issue with a free iResQ Diagnosis. You just ship it to us, our certified technicians will take a look, and we’ll let you know what the problem is, and better yet, how we can get it resolved.

iResQ Free Diagnosis
Have no product in the cart!
0