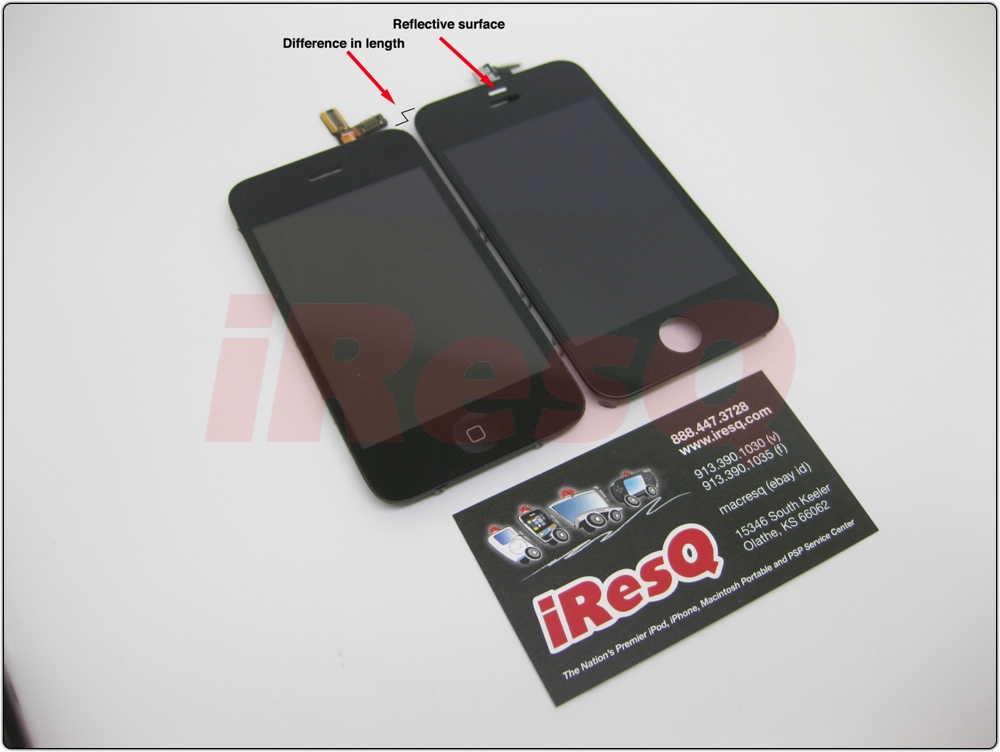 And they have a couple of interesting features.

1) The LCD appears to be factory glued to the digitizer which is more similar to the first generation iPhones than the iPhone 3G and 3GS. The digitizer can be separated from the LCD on the 3G and 3GS models, which should be interesting to all, but for the repair folks like us–this means that the 4G screen repair price will be higher since both parts will have to be replaced at once.

3) There is an interesting reflective, mirror-like surface directly above the speaker. This is likely a spot for the proximity sensor. If that’s what it is, it’s in a different location than previous models.

UPDATE: There are a lot of skeptics out there and rightly so. There have been a lot of “leaked” photos from various Apple products in the past that have turned out to be parts for another product. Here are the things that we know: a) The phone has not been released yet. Until it is, Apple could change the product design or the parts we have acquired could be prototypes. Since we don’t have an actual fourth-generation iPhone in our hands, we have no way to know for sure. b) We obtained this part as a sample from a reputable source. They have been reputable up to this point, and have provided genuine parts for us in the past.

We are a repair company and it’s in our best interest to get samples of these new parts as they become available to us. Of course it is possible that these are not the final design or these are parts for another product completely, but that is not how they have been demonstrated to us. If these parts are not for the fourth generation iPhone, we will obviously not be using them for future repairs when the new iPhones do come out.

Here are the photos:

Thanks for looking. We will continue to obtain these parts in anticipation of the 4G release.